Thursday we headed from Almont, Colorado to Red River, NM to break up our return home.  We planned on staying one night, but decided to stay two instead.  The one lane winding mountain roads take forever, especially when you get behind people drive 40 to 50 instead of the 55 to 65 posted speeds.

We stopped in Creede, CO for some gas and lunch.  While walking the dogs behind the gas station, I discovered some DIY signs you probably DON’T want to make or display.  I think something must have happened to this person in 2009 that really made him/her mad.

This is what I saw. 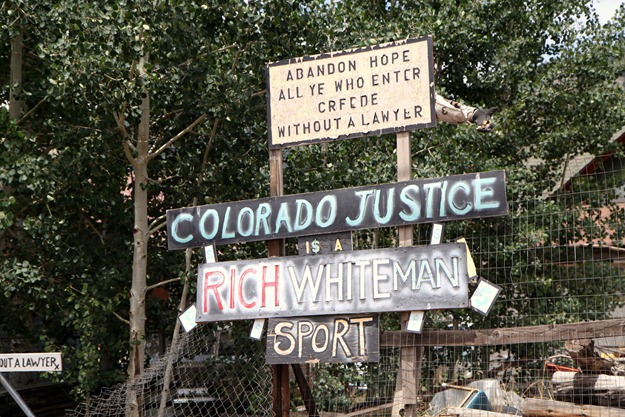 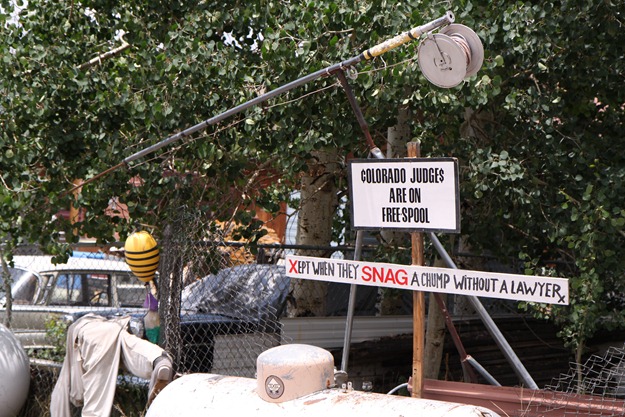 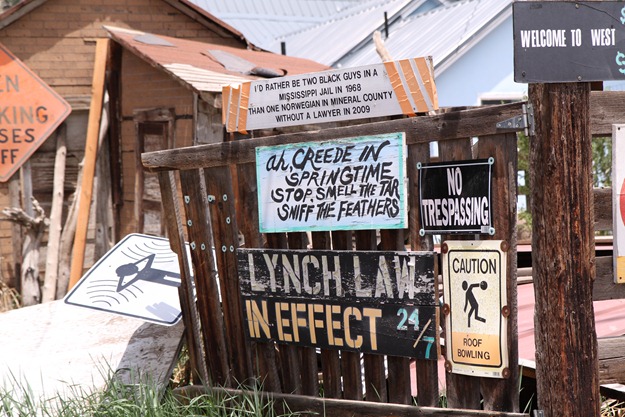 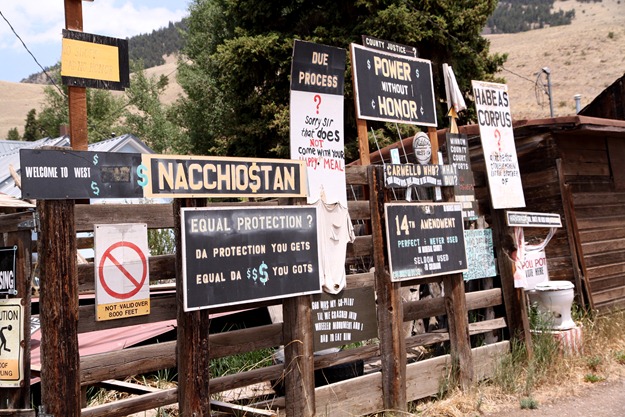 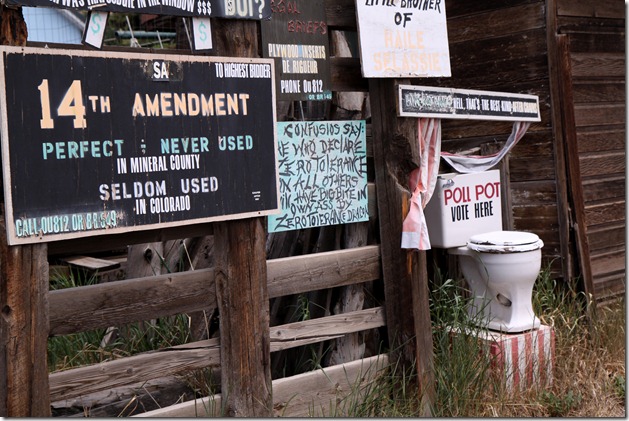 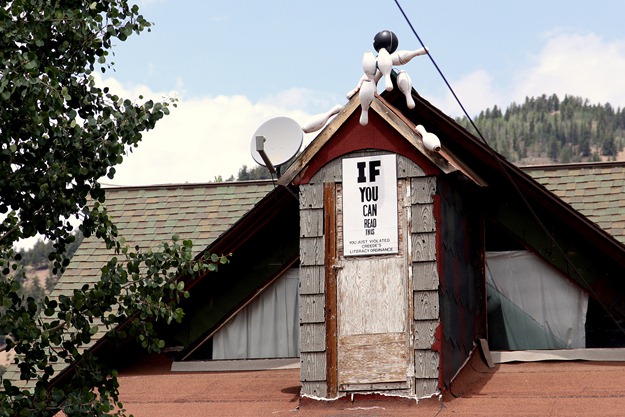 As we headed to south in Colorado towards northern New Mexico it became very smokey.  We learned Los Alamos, NM was experiencing a bad wild fire which is pretty scary since there is a nuclear weapons research facility there.

When we arrived in Red River the smoke and smell was there as well.  It made the sky look really weird and it was a bit cloudy.  The sun was red and eerie. 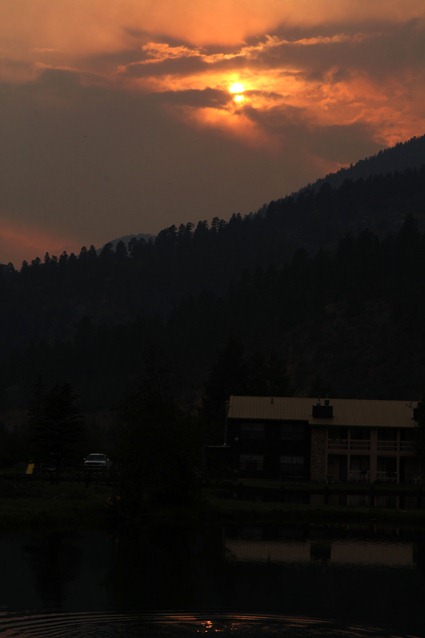 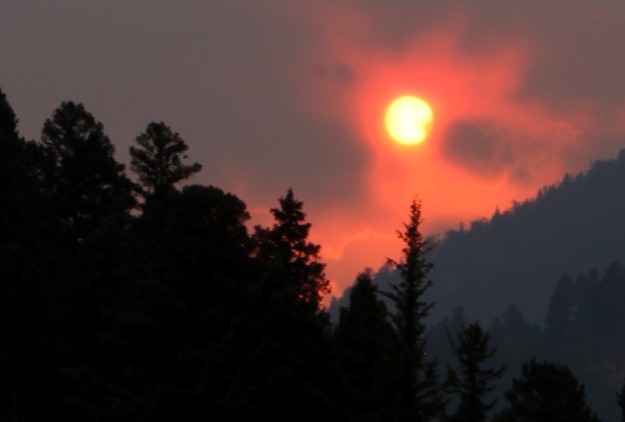 We had dinner at Capos Italian restaurant.  You can see the ski and river lift from the patio or just inside the door.  It is interesting how they hang ziplock bags of water above the door.  It keeps the flies out.  It really works and I thought some of you might want to try it. 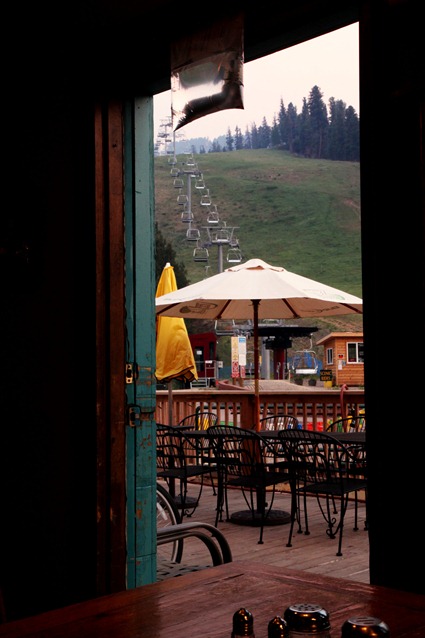 Luckily on Friday the smoke cleared out.  I haven’t checked to see if the fire has been put out.  I hope so.

Friday morning my son and I took a walk to a place my father in law stayed back in 1939.  I wanted to take some photos for him.  The place is called Tall Pines and it is still operational.  The history is interesting so click here if you want to read about it. 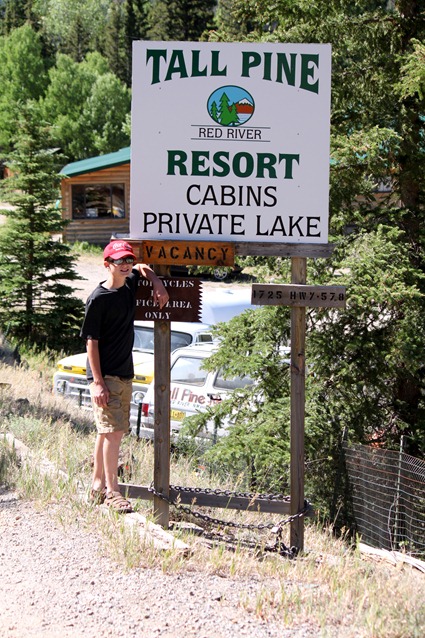 The cabins are very rustic. 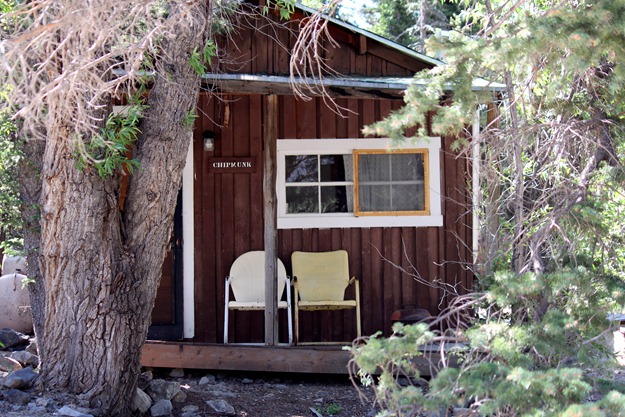 On our way back David and I spotted a small body of water and about 10 trout trapped.  Red River is also experiencing the drought.  They have closed the forest and no one is allowed to enter.  These gates area everywhere. 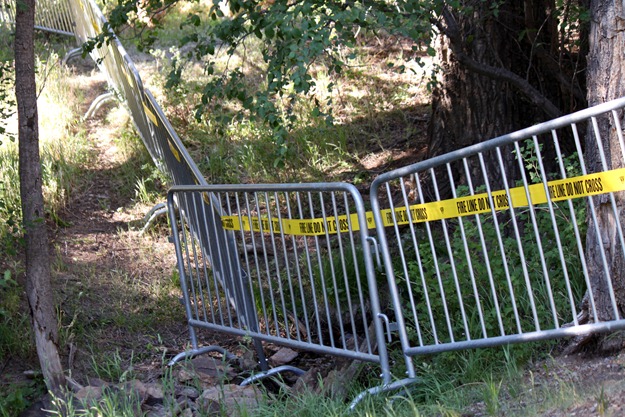 I believe this area we discovered is a dry creek bed. 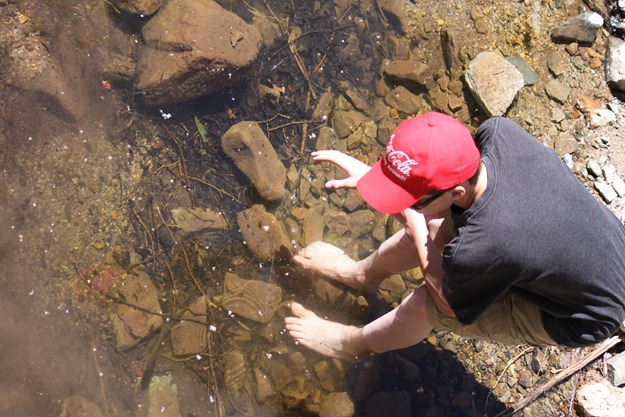 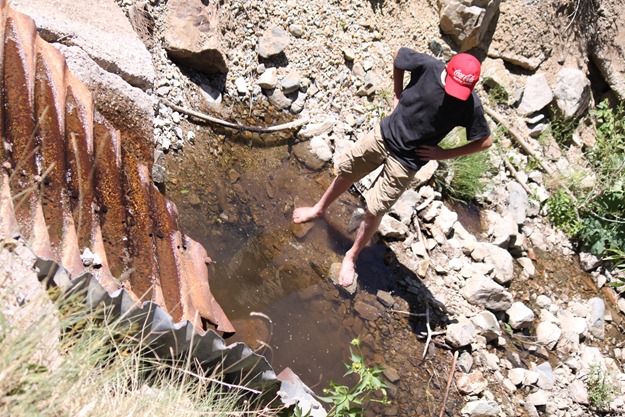 We couldn’t catch them so we had my husband go back with his net to get them and put them in a cooler so we could transfer them to the river.  He could only get the biggest one because they slipped through the holes in the net and he discovered a poisonous snake hanging out with the fish.  Yep I let my son play in an area with a mean snake and never knew it. 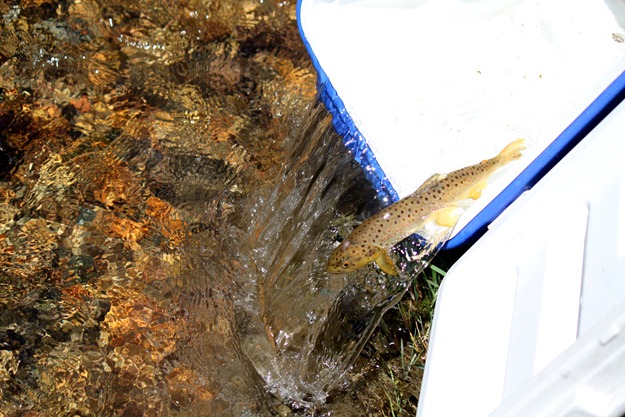 Since the last time we visited Red River there is a new attraction.  There are plastic runways and you can tube down them.  The longer ones are reached by using the ski lift.  David and I signed up.  It sounded like fun.  I decided we should do the hour long package so we could go more than the 3 times offered.  Big mistake.

The lift was fun and relaxing. 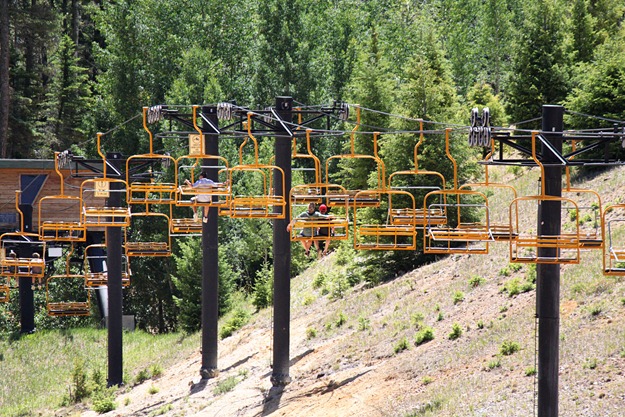 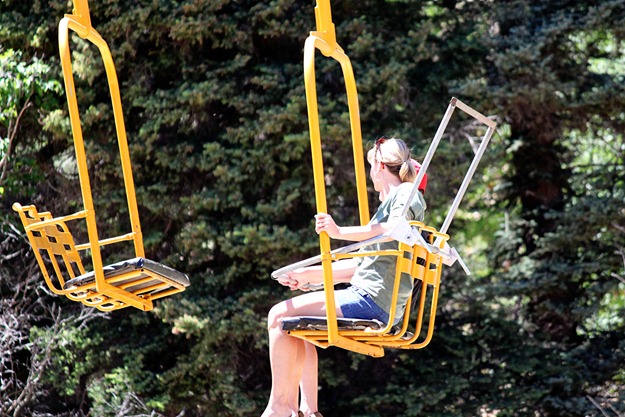 Carrying heavy tubes from the lift and sliding down the mountain side….not so much.  I did it 5 times and finally quit. 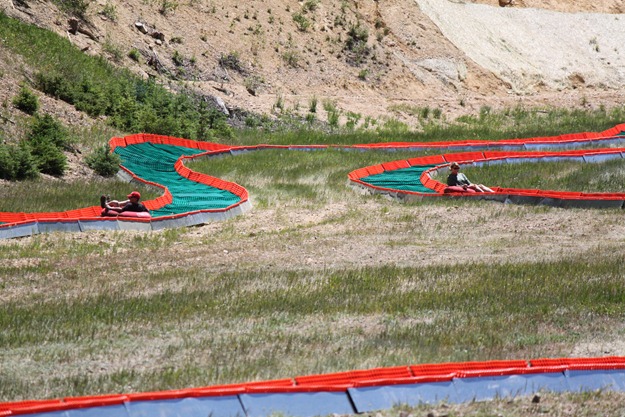 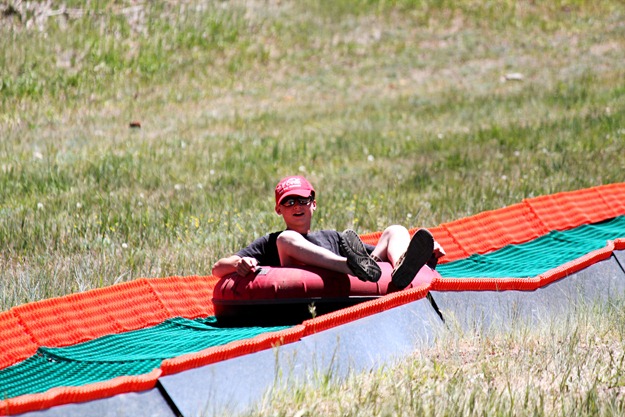 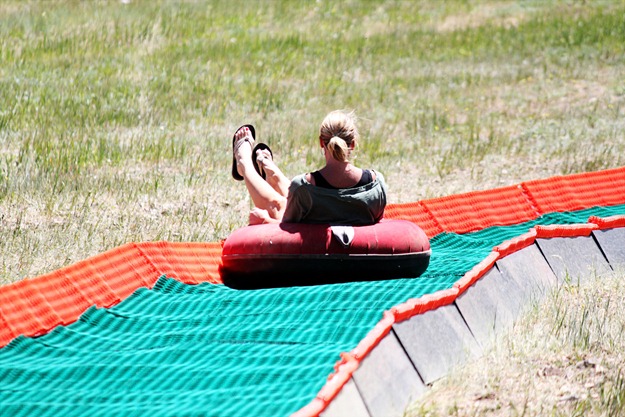 I just couldn’t do the last one or two we could have fit into our hour.  I felt every minute of my 41 years.  I rarely drink anymore, but I went to the ski lift bar and had a beer and a margarita after tubing.  I was relaxed again.

Later we headed to my favorite mountain park called Mallette Park.  It was sad to see Mallette creek nearly dry.  This drought is just terrible.

While exploring around we found snake #2. 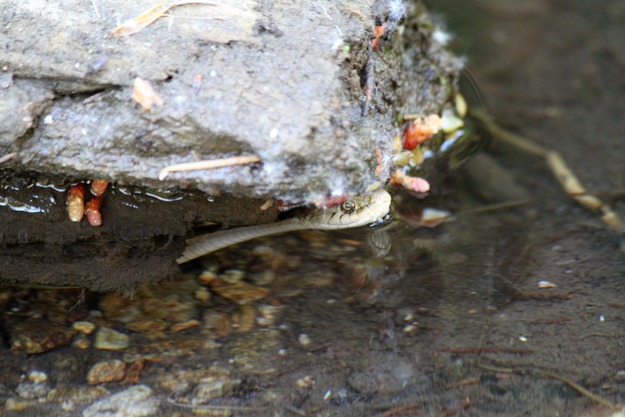 He got tired of us messing with him and he slithered away. 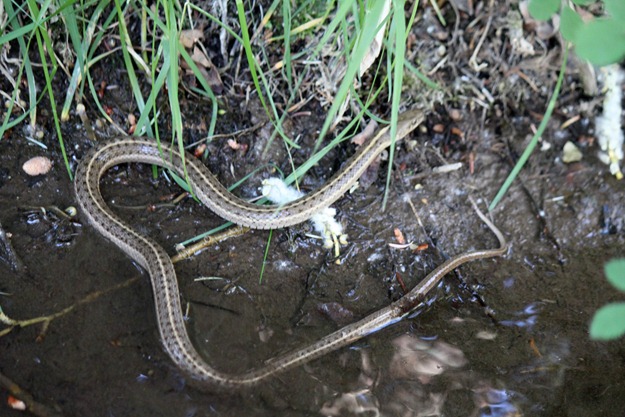 The Cotton Wood trees are shedding cotton and it looked like it was snowing in the park. 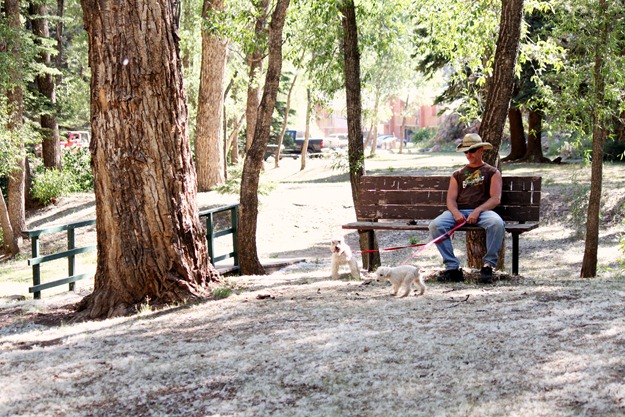 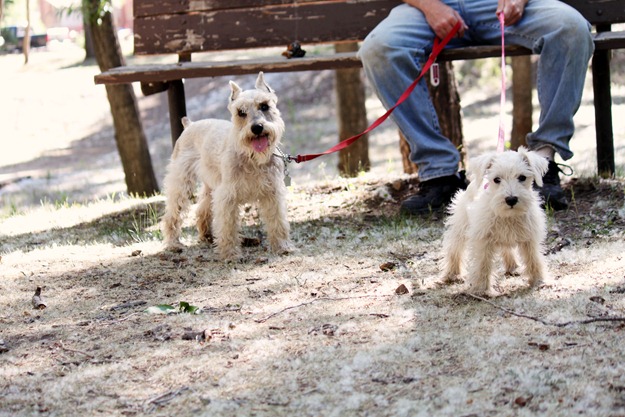 Before we left I posed with my son for a pic on the creek.  I kept my feet up and away from any potential snakes. 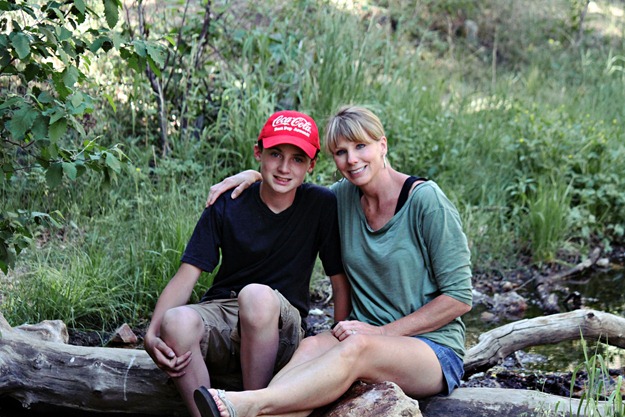 That evening David and I walked along Main Street while Dan fished in the pond.

I wanted to take a photo of my favorite red school house.  It is a museum, but it wasn’t opened this time.  We have been inside before. 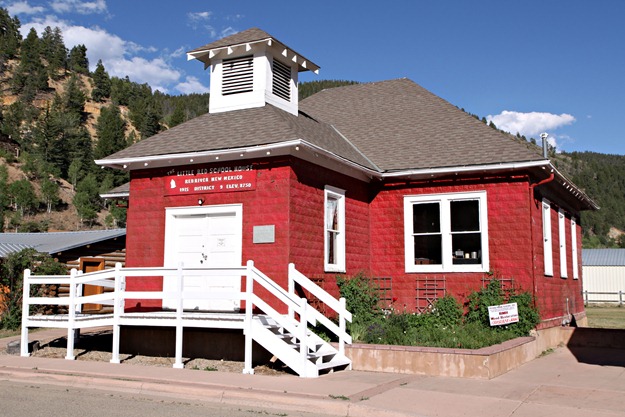 David was feeling generous and he let me take some photos of him too.  I love them. 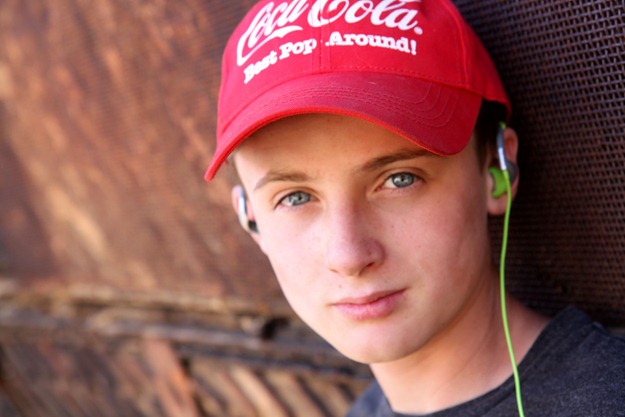 I let him keep his ear phones in because that is how he looks these days.  He loves Coca Cola so I made this pic a little more fun for him. 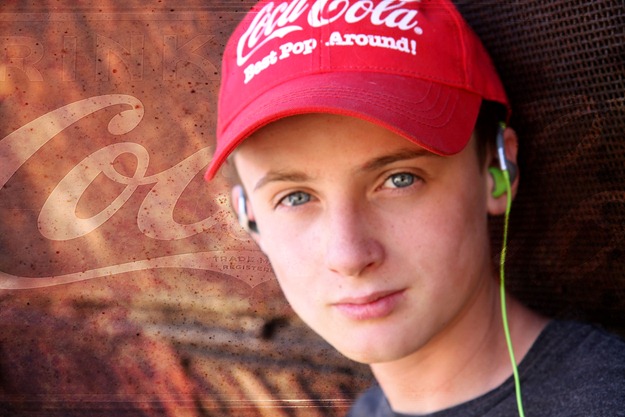 I liked this shot I got too. 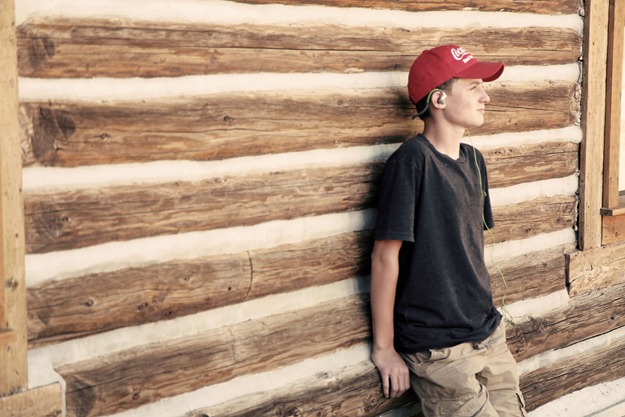 And a patriotic one. 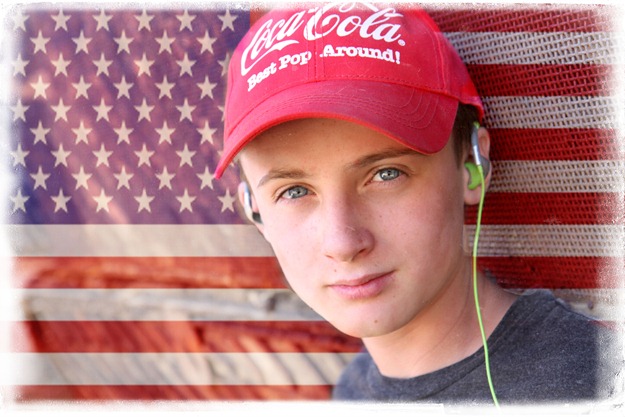 It’s time for me to pack up and head back to Texas.  Thanks for traveling with me on my blog.

I hope you all have a great weekend and holiday.

Posted by Tracy's Trinkets and Treasures at 9:53 AM