I decided to post this day all by itself because my husband was anxious for me to show off his trophy fish to anyone and everyone.

The day started out very very cold.  When we arrived at Taylor Lake it was 31 degrees and thick frost had to be swept from the seats.  We stayed on that boat from 7am until 12 pm and it only got to 61 I think.  Once the sun was our for awhile it got a little better. 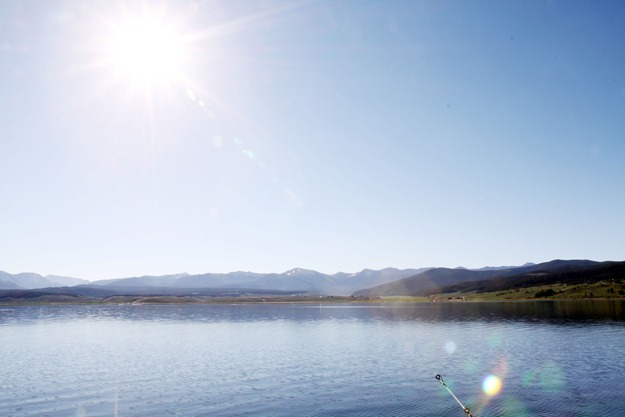 My son has been hooked on Monster drinks while we are on vacation. 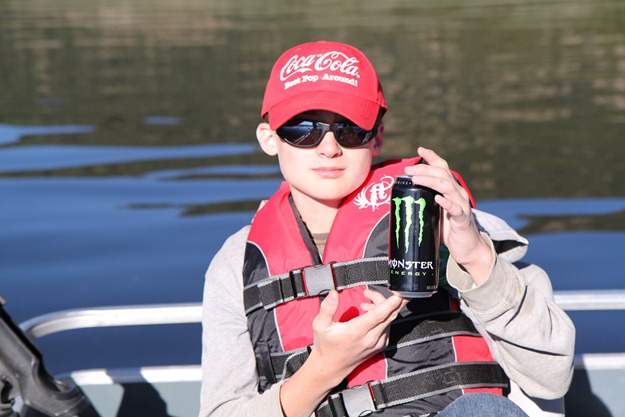 The little lady he buys them from at the lodge store was taken aback when he asked her if they had monsters.  She was thinking he was scared.  Hehehe.

David got to do some boat driving which is about all anyone got to do.  The fishing was terrible. 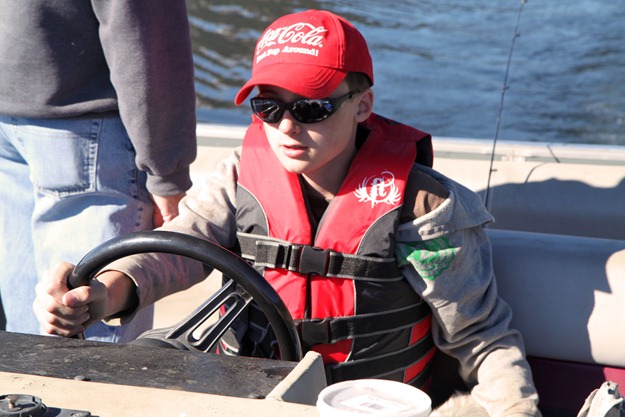 My dogs tried to cuddle and stay warm.  At one time Izzy was laying on Harley’s back.  Poor Harley. She is so tolerant of her new friend. 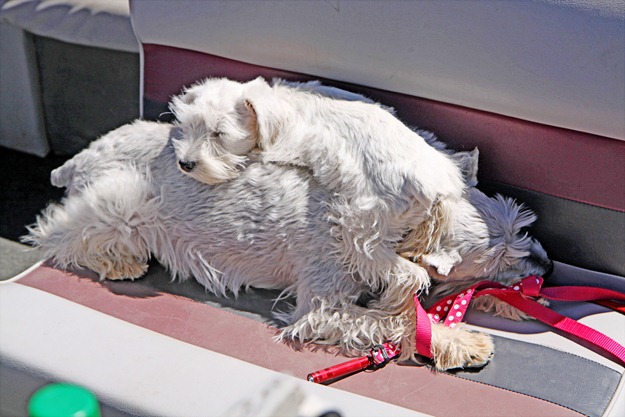 Last night they were mad at me because I gave them a shower.  Yep there is no bathtub so they got a shower.  The dirt roads keep them filthy.  Wanna see how mad they were? 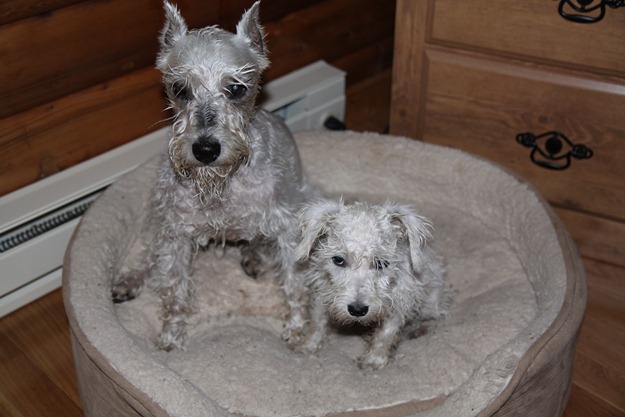 I keep laughing every time I look at this photo.

Ok back to the boat.

The scenery was beautiful just like it was a couple of days ago. 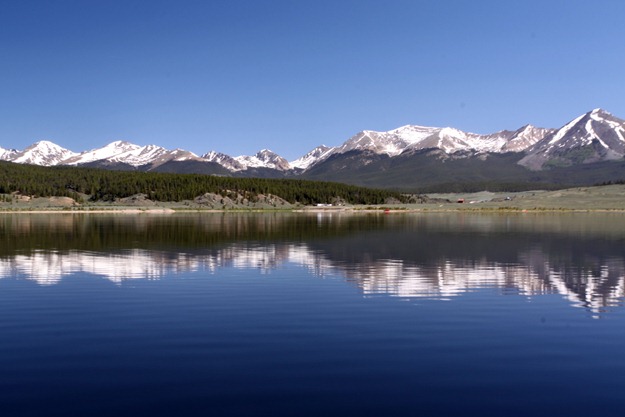 I think I could have enjoyed it just as much from the shore for less time and at a warmer time of day though.  Dan did catch a lake trout and I guess not many people have been catching them right now so that was worth it.  I tried to get a pic but he threw it back in quickly so it wouldn’t die.

We went back to the cabin and I was so tired I took a nap.  While I was gone my husband did some stream fishing in the river behind our cabin, but he drove up the river a bit.

I woke up just minutes before he returned.  He drove up and I heard him yelling for me to hurry and come look.  I thought is it a bear????  Deer???  Nope it was a huge Rainbow Trout.  It was 20 inches long and somewhere between 3 1/2 to 4lbs.  It was so large it broke his fishing line and my son had to help him wrestle it to shore.  He kept this fish because it got hurt when it fell from the broken line and he wanted photos of it. 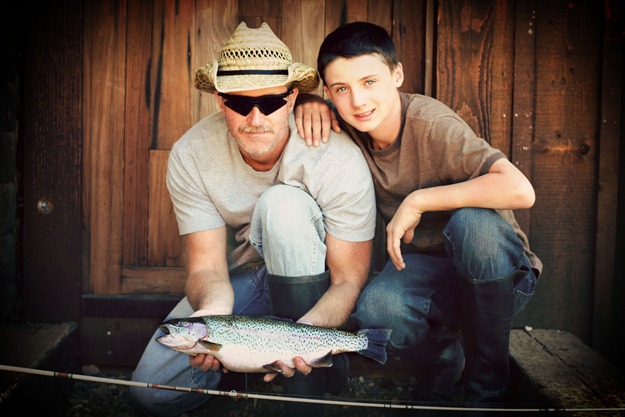 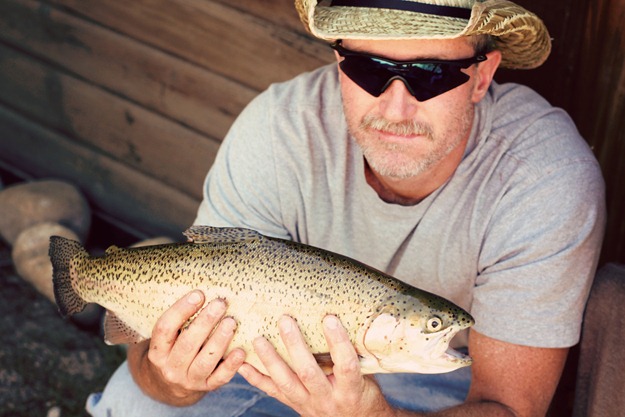 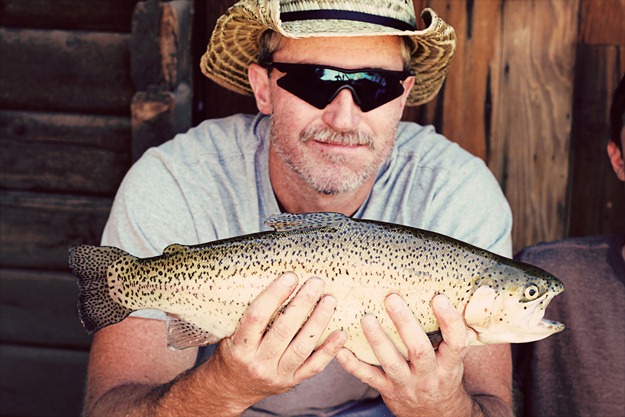 We had to go back to the river for a photo.  My husband and son usually never like photo sessions.  They both loved this one and kept asking me to take more. 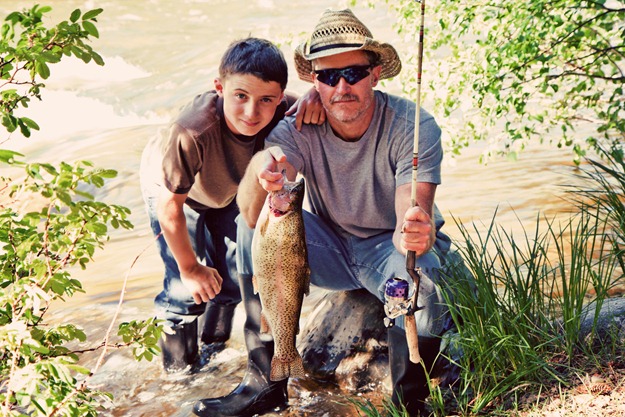 Here is the fish for size comparison.  My husband will ask why I didn’t add this if I don’t so here it is. 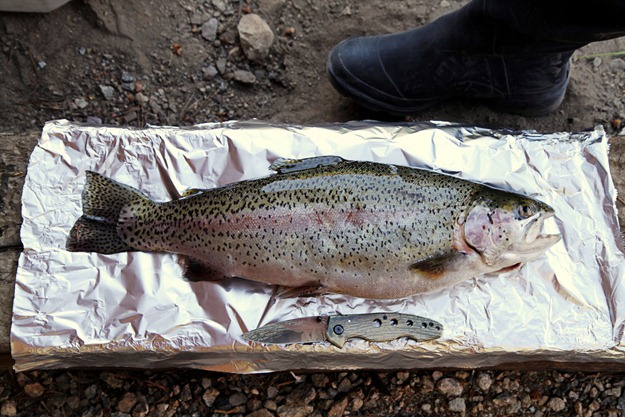 We cooked him and they ate him. 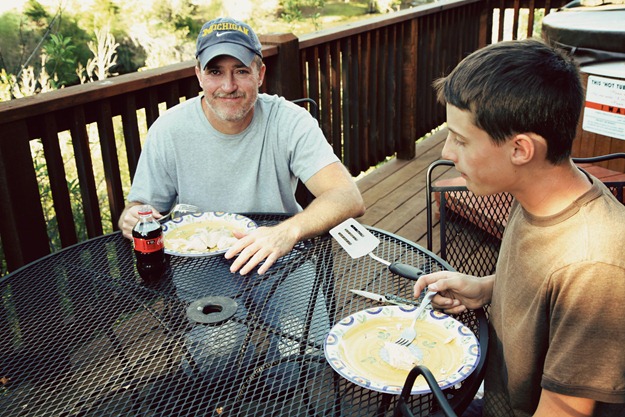 I really am glad for them.  They are back at it right now while I sit by a fire at the lodge’s restaurant.

Tomorrow we get to visit Crested Butte.  I am looking forward to it.  I am hoping we get to do a little hiking to a waterfall.

Thanks for stopping by.  I am not sure how much you enjoyed big fish photos, but I know the mad dog photo got you laughing.

Posted by Tracy's Trinkets and Treasures at 10:01 PM