Kim from My Domestic Bliss recently did a post about South Jersey Shore.  It inspired me to do a post about my city and the surrounding area.  I hope others will be inspired to share information about the area that surrounds your home.

I live in Amarillo, TX.  Anyone who moves here is a little shocked at the natural landscape or lack there of, but always say the people are great.

We have a few famous landmarks.

My son and I try to go here once a year and hike to the famous Lighthouse formation.

Part of the trail leading to the Lighthouse. 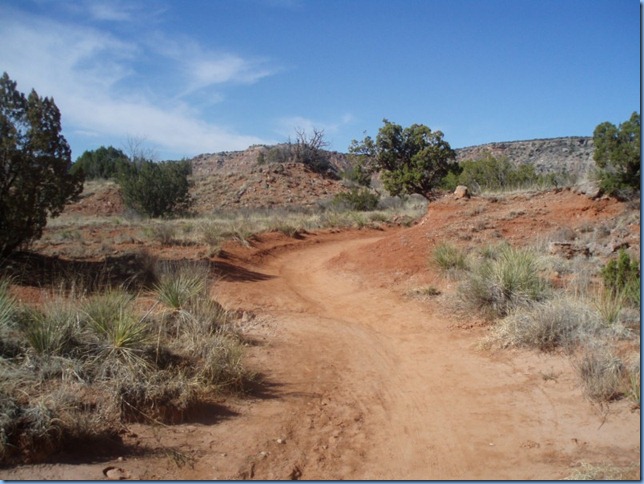 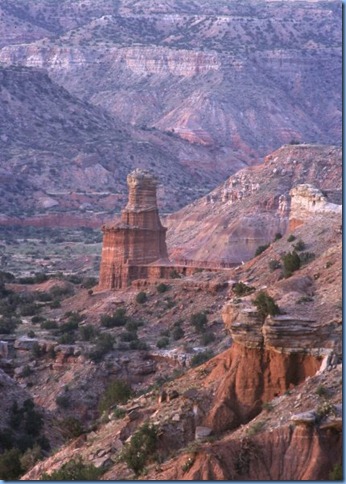 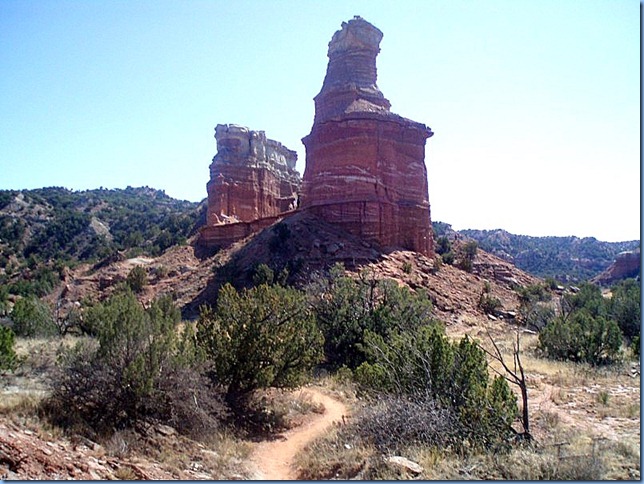 The easy steps leading up to the formation.  They get harder closer to the top. 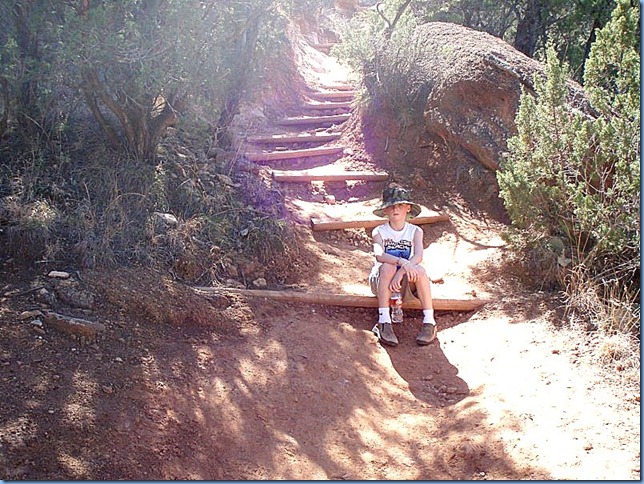 On top of the saddle part of the formation.  What a view. 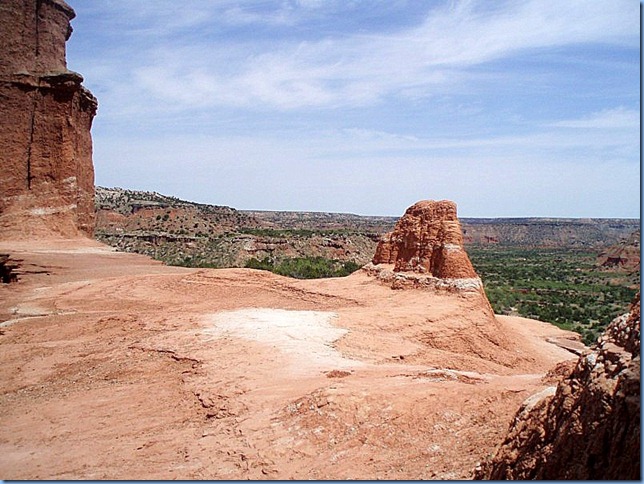 Next we have The Big Texan.  Home of the free 72 ounce steak (if you eat it and all the trimmings in under an hour). 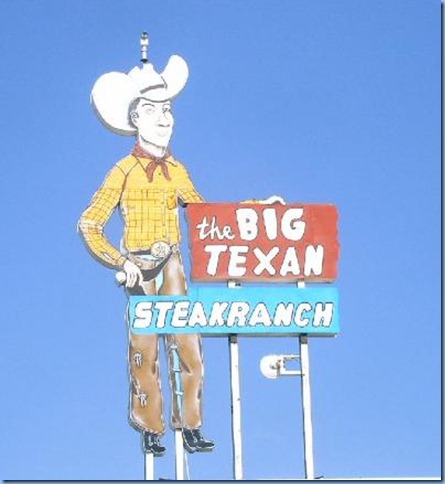 Carlene and Richard Lefevre, a couple from Henderson, NV, have eaten the steak dinner at least 10 times since their first attempt 1995. Both of them usually complete the meal in less than 30 minutes.

Frank Pastore, who was a professional pitcher for the Cincinnati Reds, ate the complete steak dinner in 9 and 1/2 minutes (May 3, 1987). Pastore actually has eaten the steak dinner seven times. On his first effort, in February 1976, he finished the steak in 21 minutes. He held that record for 21 years.

THE CURRENT CHAMP
The record was broken by Joey Chestnut on March 24, 2008. He ate the entire meal in 8 minutes and 52 seconds.

Next on our tour is the Cadillac Ranch.

People go out and spray paint them everyday.  This is the site for Brooks and Dunn’s country music video Honky Tonk Stomp. 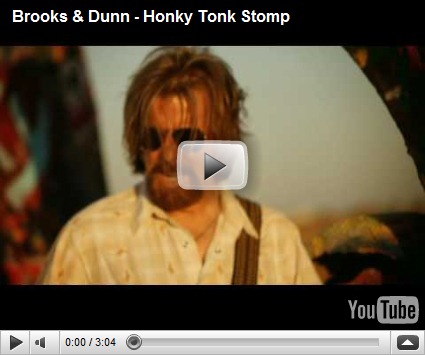 How cool is that?

The same man that is responsible for the Cadillac Ranch also has some other oddities in the area.  He is an eccentric millionaire that finances odd projects.

He has placed signs all over Amarillo.  These are just a few.   There was one in the yard of our first house we bought.  We called and asked him to move it.  Not our thing.

And there are some legs in a field.

And the floating mesa.  When you see this in the right sun light it looks like the top is floating.

We are the Helium Capital of the world.

Here is the monument.

When I was 12 yrs old it was airlifted from one site to this present site.  I was able to stand outside and watch it be moved by helicopter.  My husband’s grandpa worked at the office/gift shop for the monument when it was in it’s original spot.

The famous Route 66 runs through Amarillo.

Route 66 in Amarillo is mostly referred to as 6th St.  It has antique malls, bars and places to eat.

We have the Quarter Horse Museum in Amarillo.  It led to horse statues throughout the town.

I am not sure how many are around town.  Local businesses purchase them and artists paint them.

I am sure there are many more things I could share with you, but I am happy if I kept your attention for this long.  I hope you enjoyed highlights from and around Amarillo.

Posted by Tracy's Trinkets and Treasures at 11:13 AM