My Photography Hobby Paid Off

My day started out eating breakfast with my husband’s family at Cracker Barrel.  My lazy tired husband slept in and didn’t join us.  He had some relatives in from Colorado. 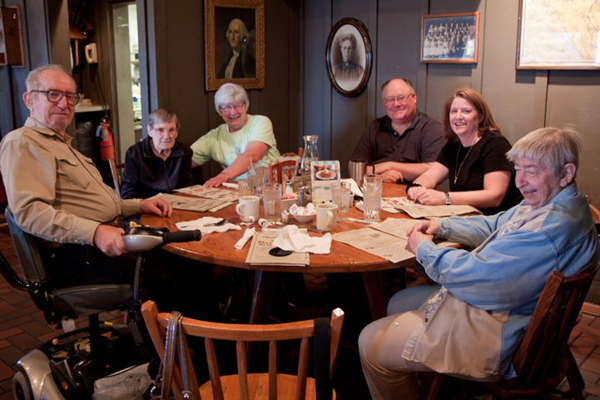 Not too long after a long leisurely breakfast and goodbyes I received a phone call from one of my friends that works with JDRF (Juvenile Diabetes Research Foundation).  She said she needed a photographer and asked if I would be interested in photographing Bret Michaels (from Poison) a the hospital visiting sick kids today.   Ummmm YES!!!!  I would be a fool to say no right?

I was nervous.  Not to meet him, but because I wanted to give the foundation good pics and because I am a beginner I always worry.  I think indoor shots are harder and it was an event not a sit down and pose photo session.

Bret has had diabetes since he was a small child and this foundation is near and dear to his heart.  He was in town for a benefit concert for JDRF and wanted to visit the sick kids at the hospital first.

Did I get a photo with him?  Ummmm YES! 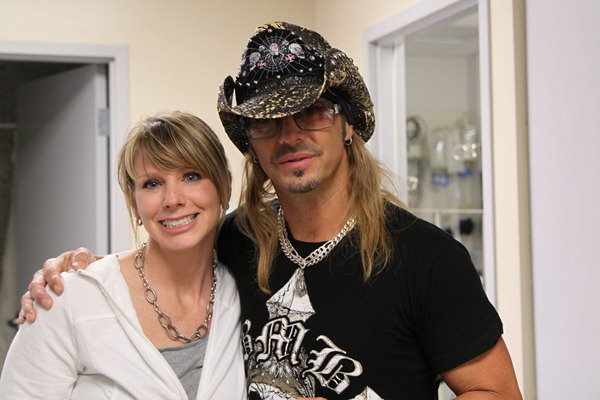 Did I love following him around taking his pic?  Ummm YES!!!  It was such a great experience.  The man is super super nice and so down to earth.

While we waited for Bret this guy gave me the thumbs up because he liked my camera.  I liked him. 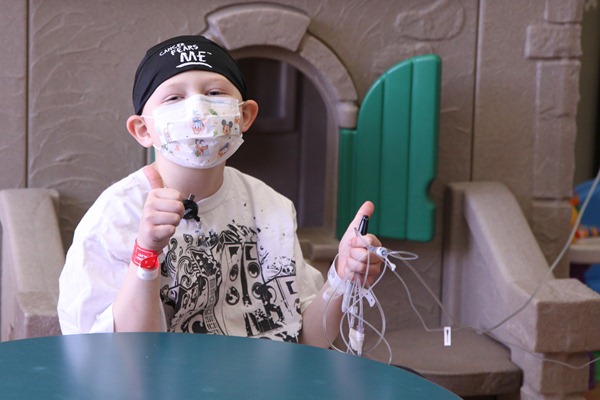 I felt such a bond with the kids.  I was so in my comfort zone talking to them.

Bret finally made it and here he is coming down the hall. 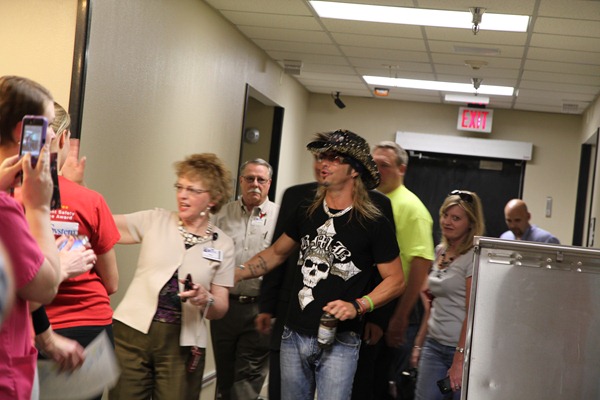 I know the grown ups were more excited than the kids because we grew up listening to him.  You have never seen so many giddy nurses.

One of the first things he did was sing this kid’s guitar. 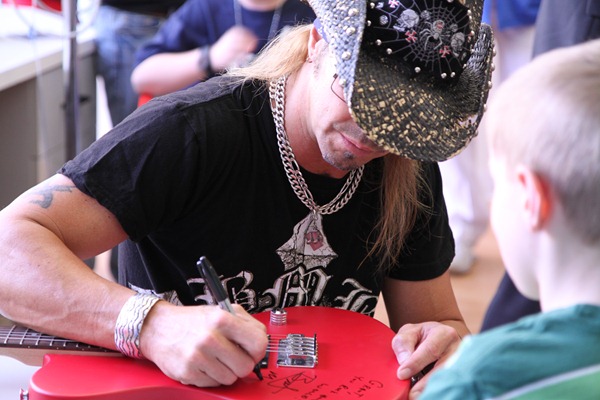 Here he is sporting his future rock star look. 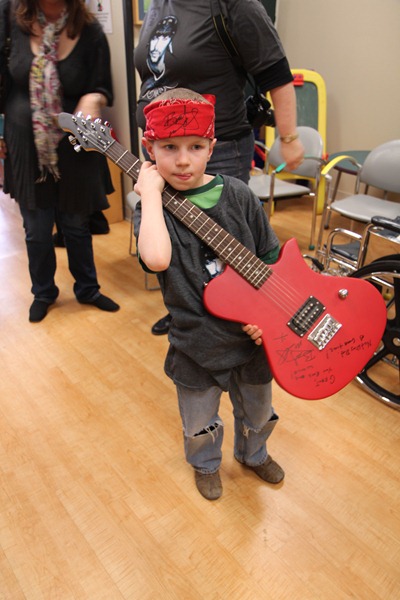 And then this kid’s cast. 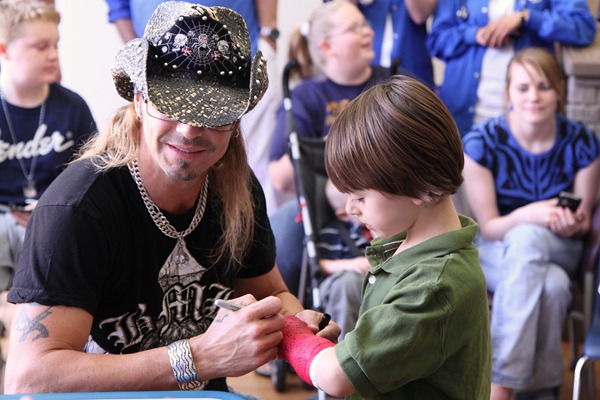 He talked to everyone about his emergency appendectomy followed by a brain hemorrhage and then a  coma. He was in a coma just last April.   He also talked about growing up with diabetes. 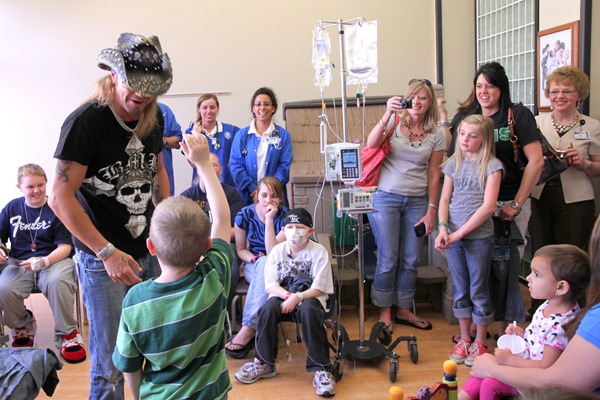 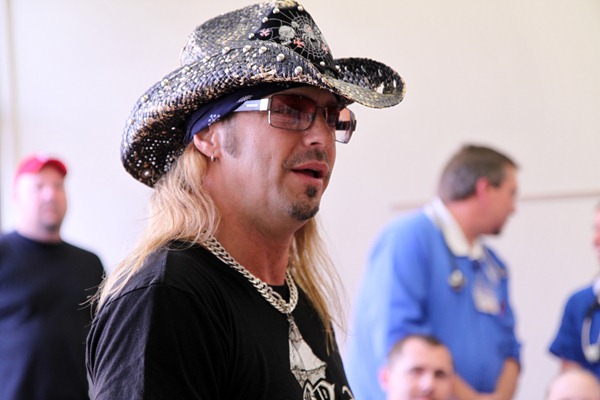 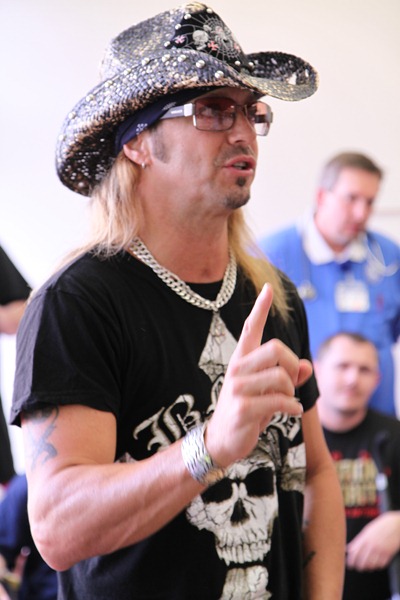 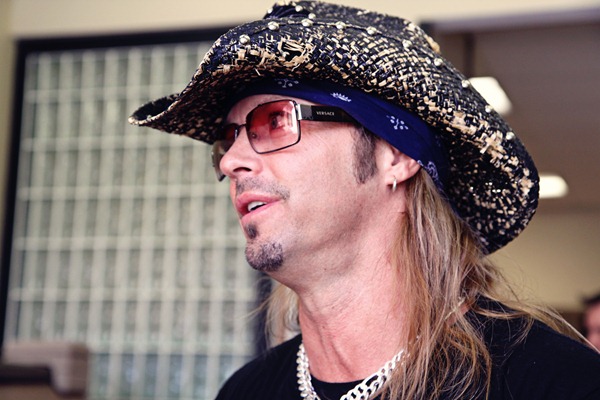 And signed T-shirts and bandanas. 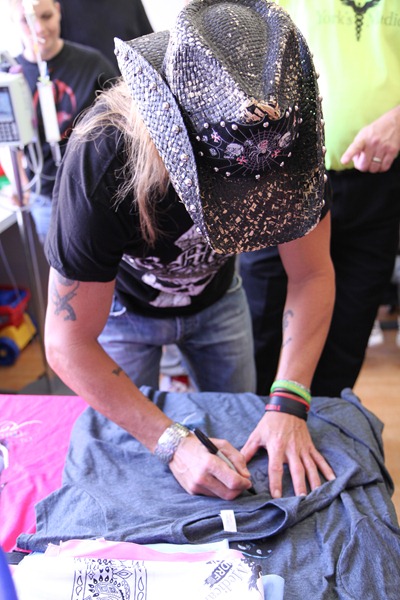 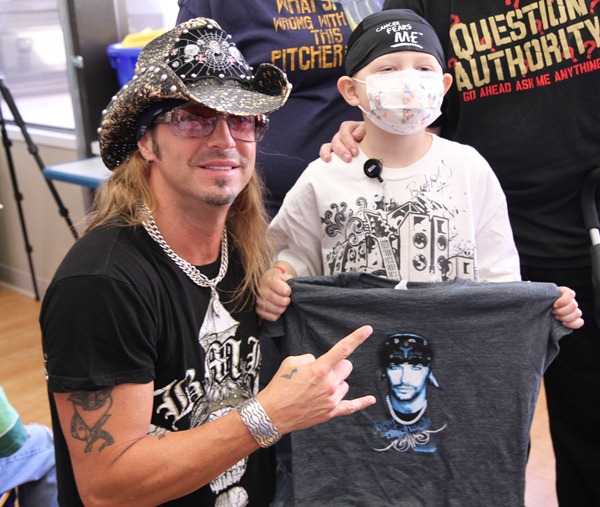 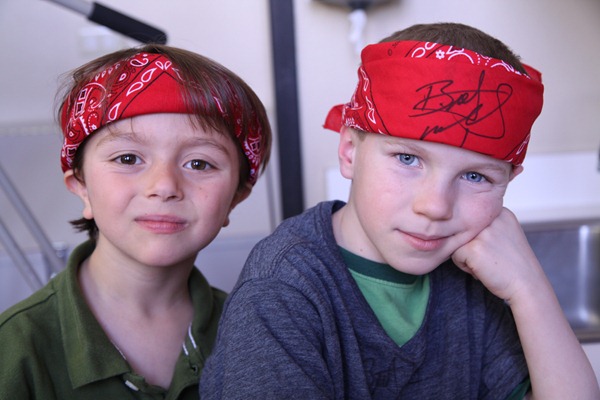 He autographed this kid’s cd cover. 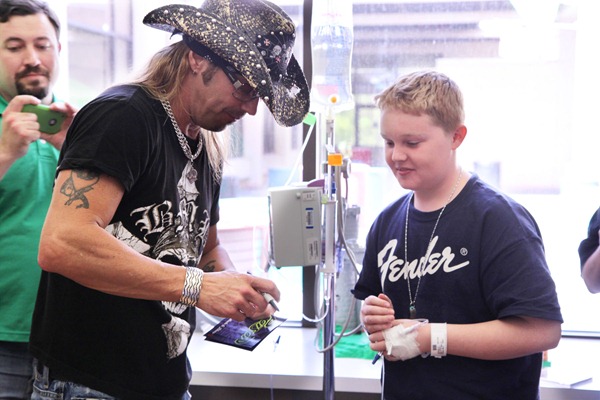 He spent one one one time with the kids. 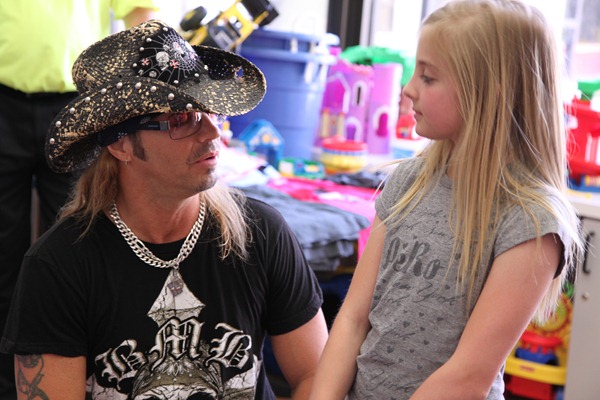 And then he headed to some rooms to visit patients that weren’t able to join everyone. 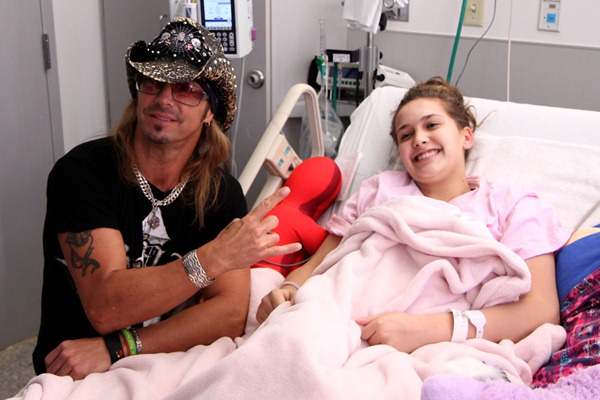 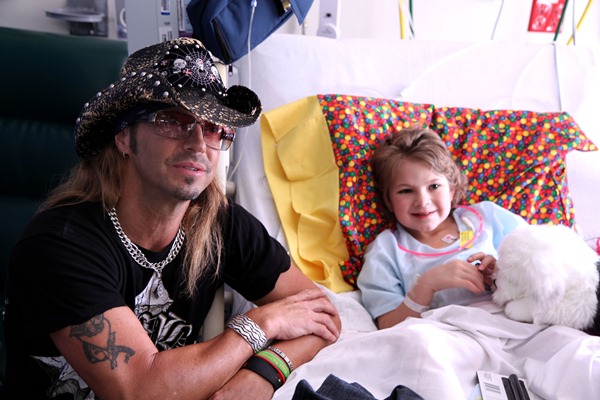 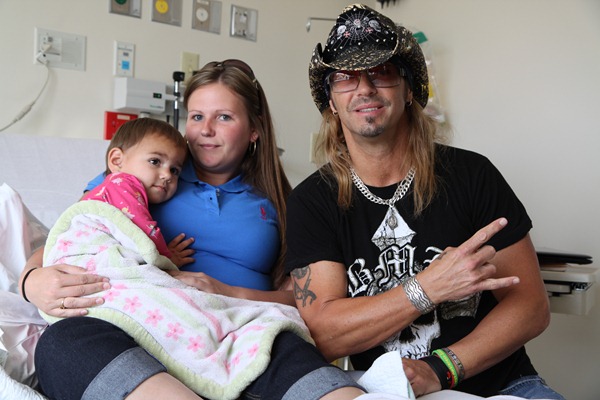 I fell in love with this sweet girl.  My heart melted at the sight of her. 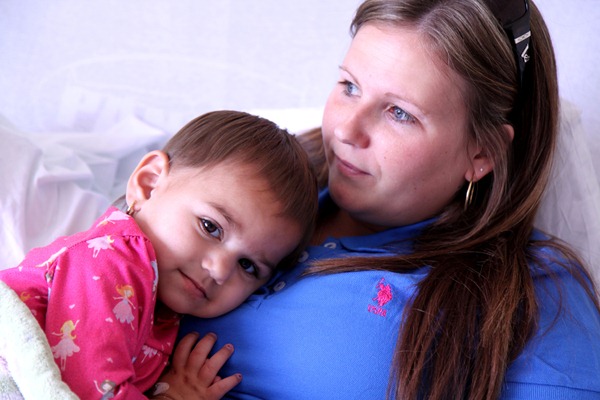 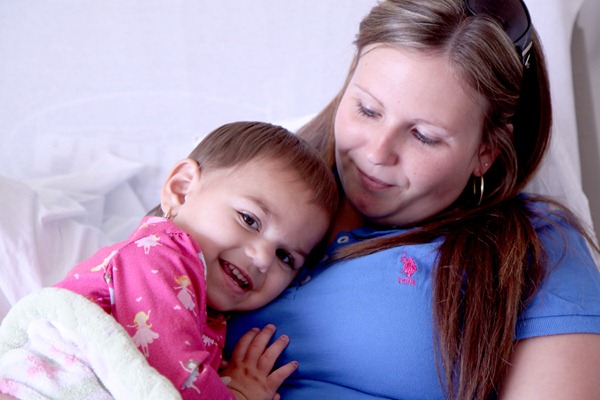 His last stop was a little baby. 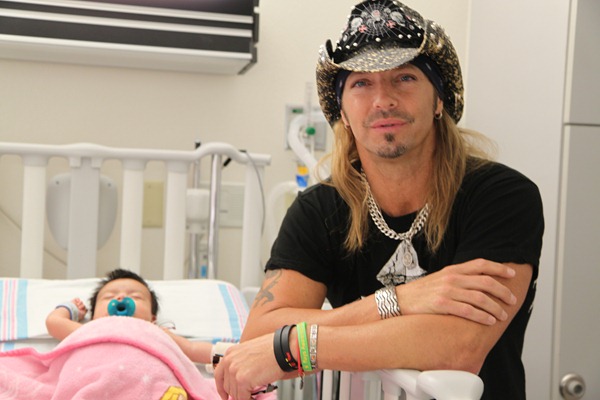 Here’s some solo shots of him. 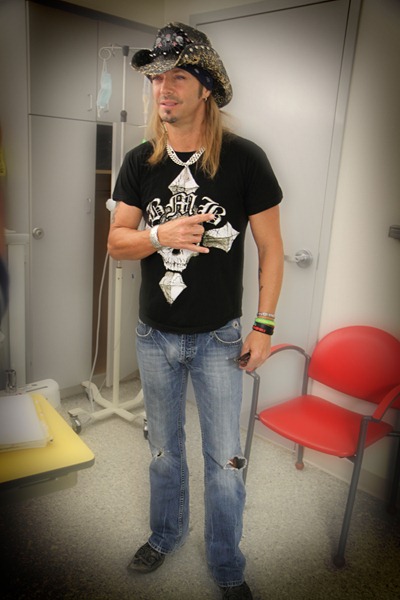 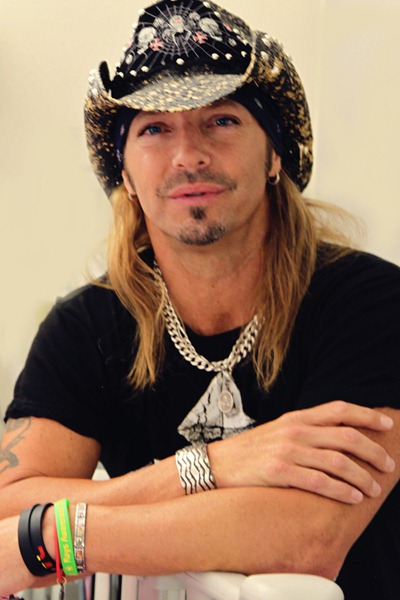 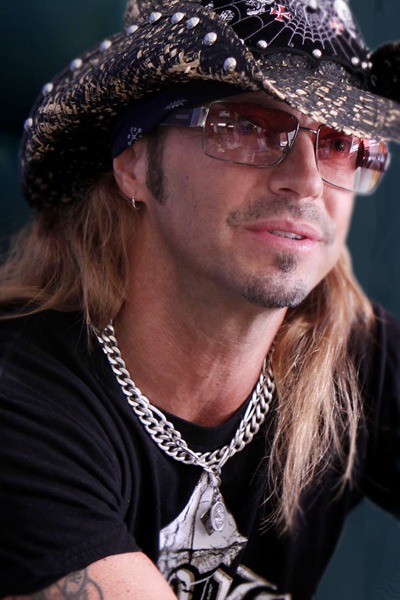 I am so glad my photography hobby allowed me to participate in such a great event.  This opportunity confirms what I preach.  Push yourself and practice what you love.  You never know when it might just pay off.

Sunday Showcase @ Under The Table and Dreaming

Posted by Tracy's Trinkets and Treasures at 1:02 AM